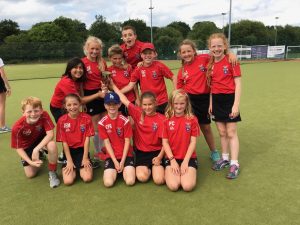 Ghyll Royd Sport goes from strength to strength, proving itself once again to be a school of extremely talented children. Pupils are chosen to participate in regular fixtures, including those organised by the School Sports Partnership. The Partnership is a league of 9 primary schools competing in a variety of sports.

This year we have broken a school record by winning six out of the nine competitions that we have entered! Our young athletes have now won the 2017-18 SSP Trophies in: U11 Boys Cricket; Girls Cricket; U10 Mixed Rounders; Girls Netball; Mixed Swimming; and finally the U11 Girls Football. Our Europa League win comes six years after the first girls football team was formed.

The School Sports Partnership is the creation of Mr Peter Blackwell and volunteers from Ilkley Grammar School. Started over 15 years ago, Peter manages the fixtures with pupils from IGS who generously lend their time to help referee the games. The volunteers have provided over 5000 hours of pupil participation this year across all the schools in the Wharfe Valley. Local schoolchildren value meeting and competing against other primaries which as a result instils a sense of competition and teamwork.

“Ghyll Royd children have a love of sport”

Due to Ghyll Royd’s smaller classes, each child has regular opportunities to take part in sports teams, improving their ability and their passion for sport. Headteacher Mr David Martin praises the School Sports Partnership because of its dedication to keeping children fit and active.

He says: “With our extracurricular clubs, weekly Physical Education lessons and Wednesday Games afternoons, Ghyll Royd children have a love of sport. The children can enjoy meeting new teams and playing competitively on a weekly basis due to the work of Peter Blackwell and volunteers.”

“We have strong squads in almost every team sport thinkable thanks to our stellar Physical Education teaching but also thanks to regular practice and the brilliant guidance given by the officials during the Partnership matches. The Partnership is a fantastic scheme ran effectively by Peter and his team. On behalf of our staff, pupils and parents, I’d like to thank all involved for allowing young children the opportunity to get involved with so many sports.”

To find out more about Ghyll Royd Sport and the School Sports Partnership, visit our Physical Education page. 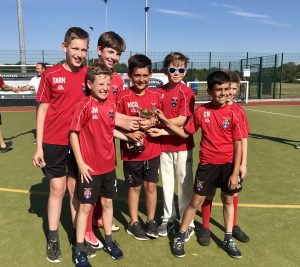 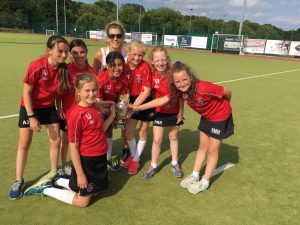