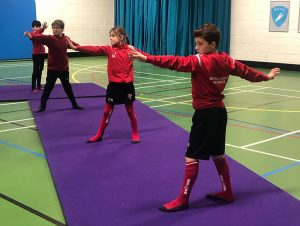 Children, parents and grandparents got involved in Ghyll Royd School’s wellbeing week! The events were in the run up to Children’s Mental Health Week from 7th-11th February. All ages took part in a variety of activities aimed at supporting their own and other’s mental health.

Pupils at the independent school took part in the wellbeing week which included yoga, laser tag and mindfulness sessions. The children also contributed to three different charities through their participation in the week.

A 2021 published NHS survey found that one in six children aged 5-16 have a probable mental health problem. This is an increase from one in nine in 2017. As a result of almost two years of lockdown restrictions, there is a growing need for more mental health support in schools. Five teachers at Ghyll Royd School and Pre-School recently passed a Level 3 course in Supervising First Aid for Mental Health in the workplace. 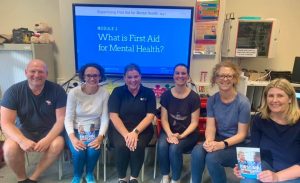 Children in the Pre-School and Nursery classes were some of the first in the area to experience Izzy Bizzy Toddler Yoga – a new class starting in Burley-in-Wharfedale in March. 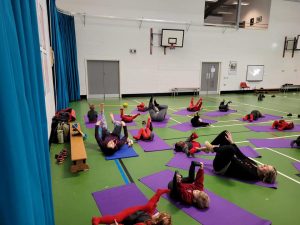 Local holiday camp United Education also visited their Ilkley base to deliver a laser tag activity for a Wednesday wellbeing treat, transforming the school’s sports hall into a battle arena. 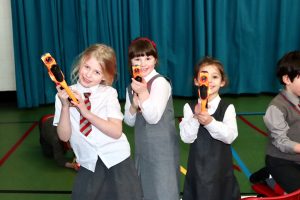 Pupils had the opportunity to choose their own activities in a 2022 Challenge set by Ghyll Royd’s PTA. The aim was to raise £20.22 for the school’s new playground equipment, by challenging themselves or helping others.

2022 Challenges were chosen by the children. For example:

The school had an overwhelming response for donations of clothing, food and toiletries for Homeless Not Hopeless – a Bradford charity offering practical support. Parent and volunteer, Soraya Smith, visited Ghyll Royd during wellbeing week to encourage children and parents to donate.

Deputy Headteacher and co-organiser of Wellbeing Week, Hadley Nicholson, said: “We had the idea to organise a wellbeing week in the run up to Children’s Mental Health Week to provide activities that complemented the school’s successful mental health initiatives. We wanted a variety of activities to reflect the different ways we improve wellbeing: exercise, diet, social, games etc. and the week was a resounding success among staff, pupils and parents.”