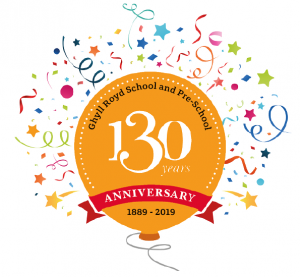 I am writing to advise you of the teaching arrangements with effect from September 2020. The children’s individual class timetables, forecasts and end of year expectations will be sent to you on September 2nd. Meet the Teacher via Teams dates will also be sent at the same time. Further details of the logistics to our return will be sent before we return but I am positive that all children will return to their normal individual classes and Teachers in the Manor House and Coach House.

Thank you for your responses to our questionnaire. The consensus is that Key Stage 1 and Nursery will return with the normal school hours of 8.50am to 3.50pm and Key Stage 2 will now start school at 8.30am and finish at 3.30pm. Timing arrangements will be made for siblings in different Key Stages. The car-pool system will now no longer be required due to the changes in the start and finish times. The teachers will discuss the use of Teams as part of setting the children homework during our training days as this was seen as an overall positive move from the responses.

I would like to take this time to thank and bid a fond farewell to Form 1 & 2 Teacher Miss Megan Brown who after four years with us, is exploring a new career in travel and digital marketing! We know Megan’s positive attitude, attention to detail and passion for creativity and travel will serve her well and we wish her all the best for the future. Megan will also be continuing with private tuition, specialising in Key Stage 1.

Over the last few months, the School and Pre-School has seen an unprecedented level of interest from new families as our reputation both locally and nationally has grown. We will start the school year with over 100 pupils for the first time since our move to Greystone Manor which is forecasted to continue to grow. Over ten new families have joined Reception to Year 6 since this Summer, I know that you will join me in giving our new families a big Ghyll Royd welcome.

Additionally, this year we have a Reception Class of 10 children consisting of 6 girls and 4 boys. Registrations in our 50-week Nursery continues to grow and we are now at capacity for the majority of our sessions. To maintain our high pupil to teacher ratios we have recruited and re-allocated our Teaching and Learning Support Staff so we can continue to provide the best educational experience that we can for all the children.

The outlook for Ghyll Royd School and Pre-School is the strongest I have seen since I came to the school 16 years ago. All the staff and I would like to thank you for your support without which this fantastic and proud journey that we all have been and are part of would not be happening. A member of staff said to me a while ago ‘build a beautiful garden and the butterflies will come and blossom’. How right they were. Your Ghyll Royd Team from September 2020 is detailed below:

After spending 13 years in the business sector, Mr Martin began his teaching career at Craven College and within Professional Sports Associations where he taught Sports Science. He has been at Ghyll Royd School for 14 years, firstly as a Physical Education Specialist, developing the PE curriculum, then as Form 2 and Form 3 Class Teacher. For the last six years Mr Martin has been our Headteacher who has overseen three inspections in February 2015, 2017 and 2019. Mr Martin has also completed the SLQ ‘Leadership Course’ with the National Teaching and Leadership College. Mr Martin is the Designated Safeguarding Lead for the School and Pre-School.

Miss Gresswell has a History Degree from the University of Reading. She completed her PGCE as part of the charity program Teach First. She has worked across a wide range of age groups from EYFS to KS2 over the last five years. Before starting her teaching career, she worked for The University of Cambridge Library, in the manuscripts department. She also enjoys long distance running and rowing and has been a coxswain for both junior and adult rowing teams. Miss Gresswell has worked for school for four years.

Mr Nicholson has a BA (Hons) in Applied Psychology and Philosophy from Liverpool John Moores University. He completed his MA in Education, specialising in ‘Child Development’ and ‘Learning Outside the Classroom’. Prior to teaching, Mr Nicholson worked as an expedition leader in the Colorado Rockies and as a freelance travel journalist. In the past he has also been an England U19s Basketball player and before joining Ghyll Royd taught at Malsis School as a Form and Physical Education Teacher. Mr Nicholson has also completed the MPQ ‘Leadership Course’ with the National Teaching and Leadership College. Mr Nicholson has worked for school for six years.

Mr. Laycock has been a teacher at Ghyll Royd School for 14 years and has taught classes from Forms 3 through to 5. He is our Humanities specialist and has developed this area of the curriculum over several years.

Mrs Beeson began her teaching career in Australia and has taught for over 30 years in the primary sector. During her 20 years at Ghyll Royd School she has taught Forms 1, 2, 3, and 6 and for seven years she was Head of Key Stage 2 and Deputy Headteacher.

Mrs Langan has worked in Primary Education for 22 years as a teaching and learning/intervention support specialist. Mrs Langan has an NVQ Level 3 in Childcare and Teaching attained at All Saints Primary School and was a Teaching Assistant at Burley Woodhead CoE Primary School for nine years. Mrs Langan has led our After-School Club for four years and also leads our 50 weeks Wrap Around Care team.

Following a 10 year career in Industry, and a break to start a family of her own, Mrs Neild spent four years as a Higher Level Teaching and Learning Support Assistant based at a large, three form entry primary school in Hampshire, across both Key Stage 1 and 2 before training to become a qualified teacher. Mrs Neild has a rich portfolio of experience and joined Ghyll Royd in 2017.

Mrs Picken qualified as a Teacher from Bradford University in 2003 before going on to teach at Girlington Primary School in Bradford. During her thirteen years at the school Mrs Picken taught from Reception to Year 6, specialising in English in the lower Key Stages where she became the Co-ordinator for this level. Mrs Picken’s role also involved in the development and improvement of Mathematics and Physical Education at the school. Mrs Picken joined Ghyll Royd in 2019 after the retirement of Mrs Downes.

Mrs Ellis has worked in Early Years 27 years and has been at Ghyll Royd since 2013. Mrs Ellis has a Degree in Early Childhood Studies and holds the NNEB qualification. Mrs Ellis also holds a Level 3 in Supporting Teaching and Learning in Schools.

Mrs Smith has been teaching for eleven years and previously worked at Malsis School for five years and prior to that Christchurch C of E School in Skipton. During her time at Malsis Mrs Smith was KS1 co-ordinator and class 2 teacher. Mrs Smith has ‘A’ Level Spanish and spent a year living in Barcelona to further her language skills.

During her time at Malsis Mrs Smith accepted the role as Head of Art. She has a degree in Art Therapy, later practising for five years before going on to complete her Post Graduate Certificate in Education.

Mrs Coultas has taught music for 28 years. She has a BA (Hons) Degree in Music and also holds a LTCL Teaching Diploma from Trinity College London and an ALCM from the London College of Music. She also plays the clarinet and piano.

Mr Wilce will continue to deliver high quality PE for Ghyll Royd School and Pre-School. He has a wealth of experience teaching PE and Sport in both the US and UK and holds a variety of Level 2 coaching awards, along with a Masters Degree in Physical Activity, Exercise and Health.

Mrs Portz has worked in schools for over 10 years at St Oswalds Junior School supporting children with English and Mathematics and managing Independent Educational Plans within individual support sessions. Mrs Portz is also a part of our Wrap Around Care team.

Mrs Ellis has worked in Early Years 27 years and has been at Ghyll Royd since 2013. Mrs Ellis has a Degree in Early Childhood Studies and holds the NNEB qualification. Mrs Ellis also holds a Level 3 in Supporting Teaching and Learning in Schools.

Mrs Johnson has worked in Early Years for 10 years, following a career break from the Art World to start a family. Mrs Johnson retrained as a qualified Early Years Montessori teacher, who passionately believes in child-led education and using the outdoors as a valuable classroom extension. Mrs Johnson has previously worked at Bankfield (Harrogate Ladies College), Spicey Gill in Ilkley and Rigg Farm Montessori Nursery in North Rigton. Mrs Johnson is currently working towards obtaining an Early Years Teachers Status.

Mrs Watson joined Ghyll Royd in September 2016 after 13 years at Westville school. Mrs Watson has worked with young children for over 20 years and holds a Diploma in Early Years and a Level 3 Early Years Practitioners qualification.

Mrs Pastuszczak worked at Ashlands School for five years as a Breakfast and After School Care Assistant and a Lunchtime Supervisor. Mrs Pastuszczak holds a Level 2 and 3 Teaching Assistant Qualification.

Miss Barker worked at Ghyll Royd for two years before starting a family. After working at Ashlands Primary School and gaining childcare experience as a nanny, Miss Barker returned to Ghyll Royd in 2020 in our Early Years Department. Miss Barker has a Level 2 Early Years Practitioner qualification and is currently working towards a Level 3.

Drum and Guitar – Mr Alistair Pryde BA (Hons) in Jazz Studies, Associated Board of the Royal School of Music in Percussion, Piano and Theory.

Violin and Piano – Mrs Clare Richards Graduate of the Northern College of Music (Degree) in Viola, Diploma from Associated Board of the Royal School of Music in Violin with Grade 8 Piano.