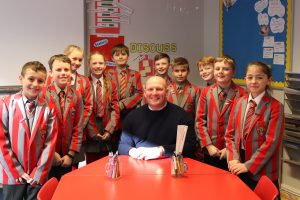 Congratulations to all the children who sat Independent Secondary School Entrance Exams this term. We are delighted to share that our Form 6 children received glowing feedback from their exams and interviews. Several pupils have also been awarded Headteacher awards and scholarships from Bradford Grammar, Woodhouse Grove and Giggleswick School.

Mr Martin said: “After speaking with the different headteachers, I’m so proud to have received feedback on how delightful and courteous the children were. Their feedback also commented on how much the secondary schools value what we are doing academically and pastorally at Ghyll Royd School.”

Our pupils have worked tremendously hard and are a credit to us. Many thanks to all staff, in particular Miss Gresswell, for dedicating their time to prepare pupils for their exams. Ghyll Royd School prepares children by uncovering their talents and providing a wide curriculum of opportunity. Read more about our academic success.