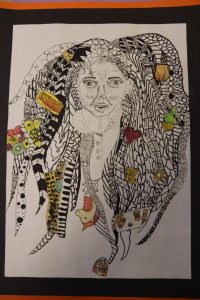 In Art this term, Forms 5 and 6 are exploring their learning challenge topic: ‘The Tudors: Terrific or Terrible’. They are taking a look at the work of Hans Holbein. Holbein was known as the royal painter to King Henry VIII. He would paint objects in the background of portraits which symbolised that persons’ status.

The classes looked at Holbein’s most famous piece ‘The Ambassadors’ and were then asked to create their own, modern self portraits. Each child surrounded themselves with things which were symbolic to them. There were dogs, sewing machines, football teams and food intertwined with pupil’s hair and their thought bubbles.

Can you guess who’s who from their portaits and symbols? Brilliant work! 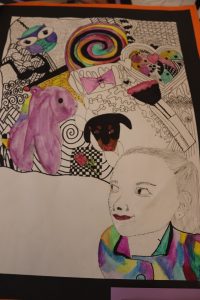 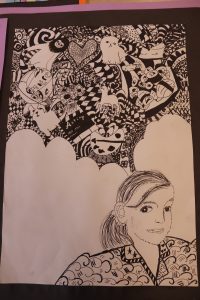 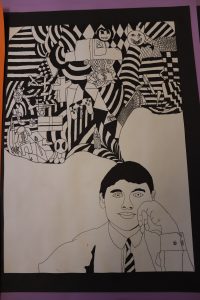