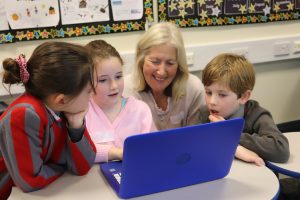 They got to see children receive commendations and hear musicians perform before heading into their grandchild’s form room for their first lesson! Great Explorers and Reception had an exciting Grandparents’ Day planned! Our Early Years children treated their grandparents to a gymnastics lesson. Mr Wilces had them jumping up and down and rolling on the mats! Forms 1 and 2 had some super spellers helping them out when creating their stories. 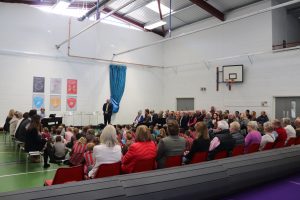 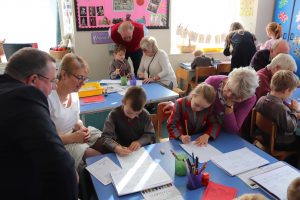 Grandparents’ Day went back in time over in the coach house with Key Stage Two children! Forms 3 and 4 took their grandparents on a Viking adventure! The grandparents rowed a longboat and wrote codes to their grandchildren using the Viking alphabet. Form 5 spoke about the Battle of Bosworth and listened to sounds from the battlefield to help them write their descriptive stories and Form 6 performed their scripts they had written from Warhorse. 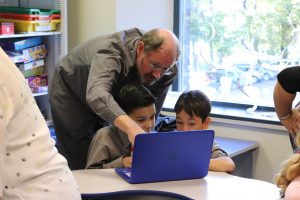 After a busy morning, grandparents settled in to the school dining room for coffee and cake. We had an aBUNdance of delicious cakes and sweet treats baked by our generous pupils, parents, grandparents and teachers. Thank you to those who baked and thank you everyone who donated, including our Stay and Play visitors! We raised a magnificent £411.82 for Macmillan Cancer Support! 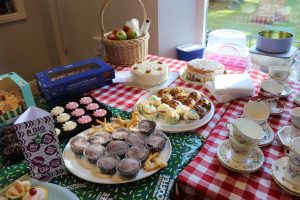 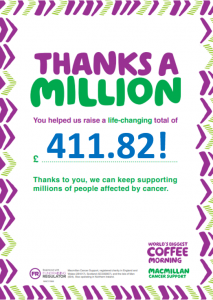 We hope that all our grandparents enjoyed the special day seeing what their grandchildren get up to at school!

Theatre of Dreams becomes a reality!

Outdoor learning – a breath of fresh air to education