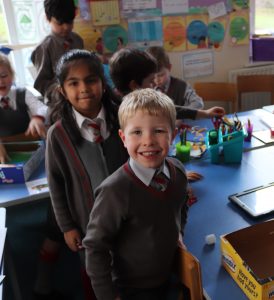 To round off their Science lessons before half term, Forms 1 and 2 made their own habitats. They looked at where minibeasts and bugs lived out in the woodland area of Greystone Manor last month, and also got up close with spiders, woodlice and slugs.

In pairs, pupils used recycled cereal boxes and paper to create a habitat scene for an animal. William and Beau made an underwater habitat for fish, and Tilly and Isobel made a jungle for their monkey including rope swings and lots of tasty bananas to eat!

The children did a fantastic job at working together and thinking creatively about what elements and colours are needed for the habitats. To finish off their habitats, pupils covered the cut out section of their cereal boxes in a colourful film to secure the interiors in place. 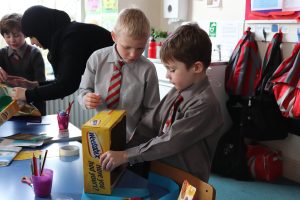 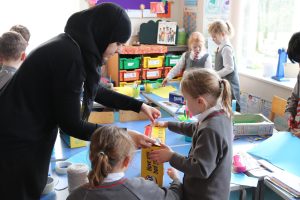 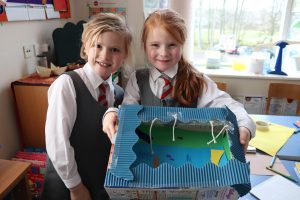 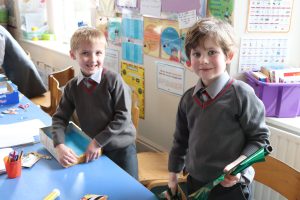 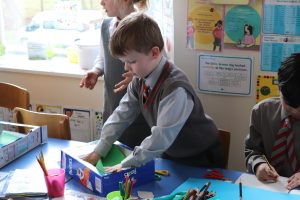 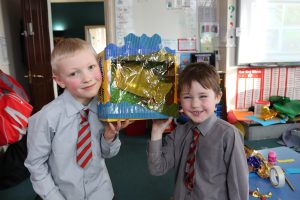