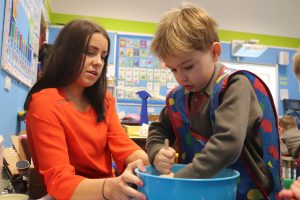 Reception class mixed, moulded and made snowmen in their Learning Challenge lesson as they discover more about Winter. In the creating and baking segment of their learning challenge, pupils mixed icing sugar with condensed milk and desiccated coconut to create a soft, white dough.

The children took it in turns with each step of the making process, carefully pouring out the ingredients and using their strength to mix the sticky dough with a wooden spoon. Each pupil took some of the mixture and rolled into two balls: one large and one small. The smaller ball was put on top of the large ball to make a snowman head and body. Using a variety of baking decorations, Reception covered their creations in confectionery.

Then, breaking up Matchmakers which filled the air with a minty smell, Reception stuck the branch-like chocolate into their snowmen to make arms. The snowmen were then dusted with icing sugar to make it look like they were being snowed on.

The snowmen were then taken home to show mummies and daddies and could be eaten! Yum yum! 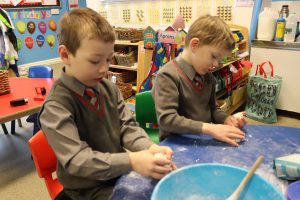 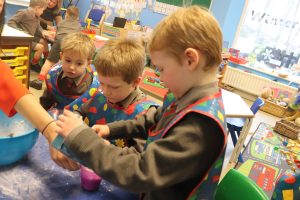 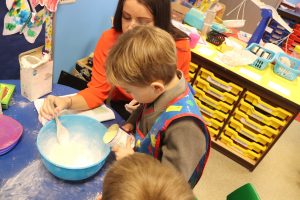 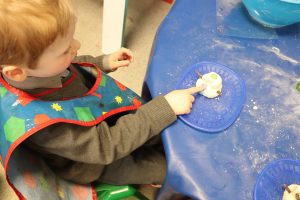 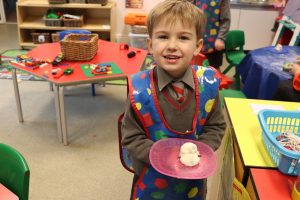 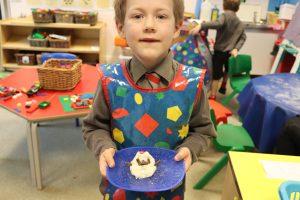 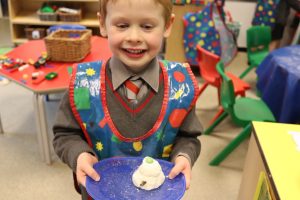