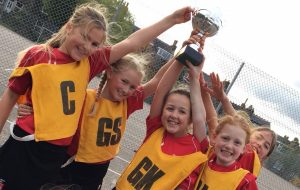 On the 10th of Jan the Form 5 and 6 girls got into the bus eager for a win. At Lady Lane we played a four quarter match with a short intermission between each quarter.

In the first quarter we played fabulously. Leaving us in the lead. A great start! In the intermission we had a short talk with our great coach Mrs Neild.

By the first half we were quite far ahead of Lady Lane but we let things slide a bit letting in four goals. We were determined to win.

We did not let another goal in. In the last few seconds we scored for the final time leaving the score 15 – 4 to Ghyll Royd.