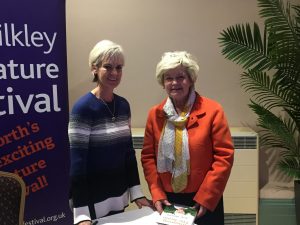 The Ilkley Literature Festival has welcomed hundreds of authors from far and wide to share their stories with members of the local community. Forms 4, 5 & 6 enjoyed a children’s book workshop with author Rachel Rooney on Tuesday where they listened to her perform poems from ‘The Language of Cat’.

On Tuesday evening, Tennis Coach Judy Murray took to the stage at Kings Hall where she spoke about her time in Tennis, and her visit to Ilkley to a tennis tournament when she was 17. However, that is not Murray’s only connection to Ilkley…

Mrs Merkin, a good friend and former teacher at Ghyll Royd, was in the audience and spoke to Judy Murray about a tennis tournament in Dunblane in 1994 where Ghyll Royd boys flew to compete against Jamie Murray and other young tennis players in the Midland Bank North of England U11 Tennis Championship!

Mrs Merkin accompanied the children to Dunblane where they were very well looked after and entertained by Judy, her father and the boys of Dunblane Primary School, including a young Andy Murray. Although Ghyll Royd did not win the tournament, the children and staff had a wonderful time. Mr Shepherd, husband of then-Headteacher Mrs Shepherd, also flew to Dunblane for the tournament.

The boys were trained by coaches Pauline Sharp and Simon Ickergill.

Mrs Merkin had her book signed by Judy at the end of her talk and was over the moon to find a picture of four Ghyll Royd boys with Jamie Murray and his school peers! 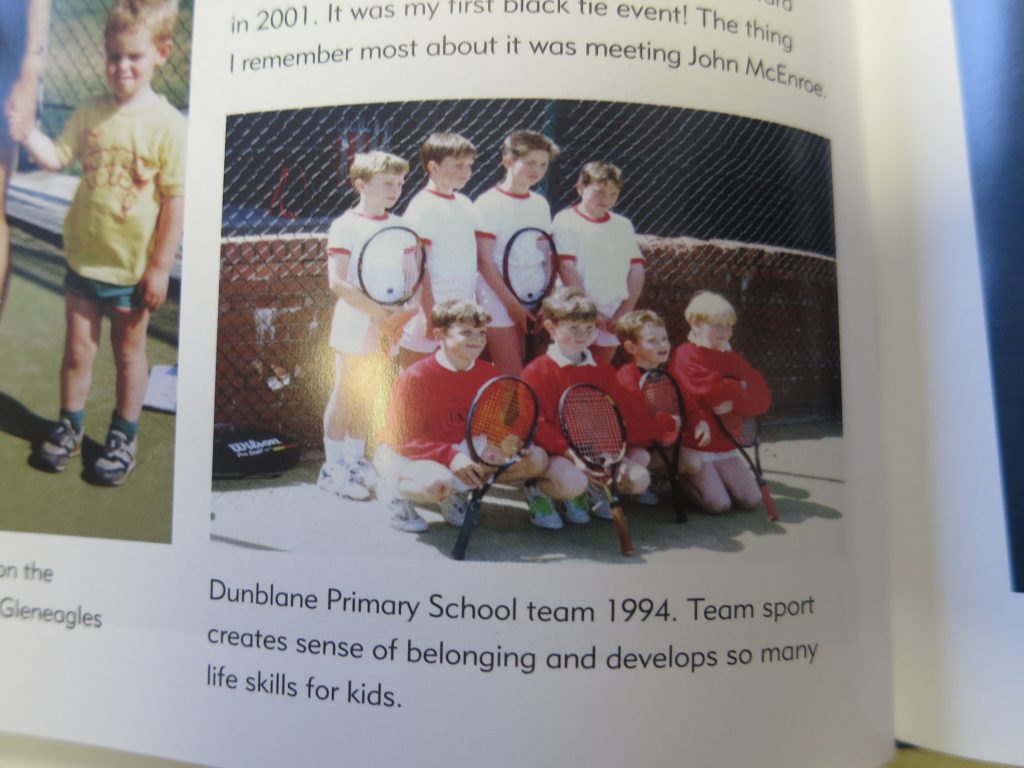 From left to right on the back row, the picture shows: Andrew Cawthrone, Ross Connelly, Lee (Rob) Jackson and Joseph Bagshaw! Mr Bagshaw is also the uncle of two of our current pupils Joey in Form 6, and Ollie in Form 3.

Thank you to Mrs Merkin for coming in this morning and showing us this wonderful piece of news! What a fantastic find, and what a wonderful book to be photographed in.

To see all the events of this year’s Ilkley Literature Festival, visit the Festival website.