On Friday afternoon Form 6 hosted a Pyjama Disco for the entire school to enjoy.

At 2.30pm, pupils in all years changed into their pyjamas and enjoyed an afternoon of fun, games and dancing.

Disco Joe was an excellent DJ who played all the party tunes and chart hits, and also played the children’s requests. Party games included musical statues and a limbo competition.

The disco was organised as a farewell to the departing Form 6 pupils who will be starting at their Secondary Schools of choice from September. They will all be missed dearly by pupils and staff, and we wish them all the very best.

Check out the pictures from the disco including some groovy dance moves, the Macarena and musical statues! 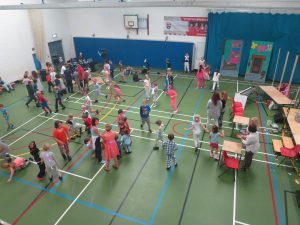 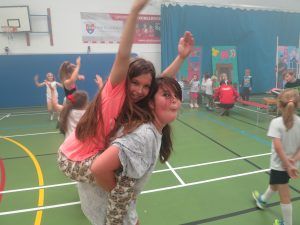 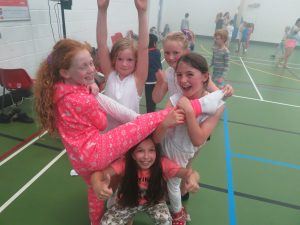 Brothers helping each other out during musical statues 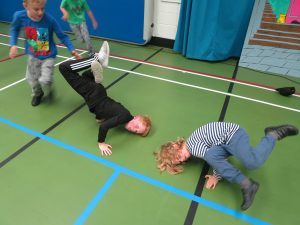 Some great dancing on display!