Ghyll Royd School are celebrating their fantastic SATs results, as they retain the school’s 100% pass rate for yet another year. The pupils passed all of their English, Maths and Spelling, Punctuation and Grammar tests by either reaching or exceeding the age-related expectations.

The national average for Writing, Reading and Maths in all schools in England this year is 61%, making Form 6’s achievement even more spectacular!

Below shows the percentage of children who reached or exceeded age-related expectations:

Ghyll Royd School are delighted to officially be the top independent school for SATs success in the Wharfe Valley.

Scores scale between 80-120 with 100 being the expected age-level standard: 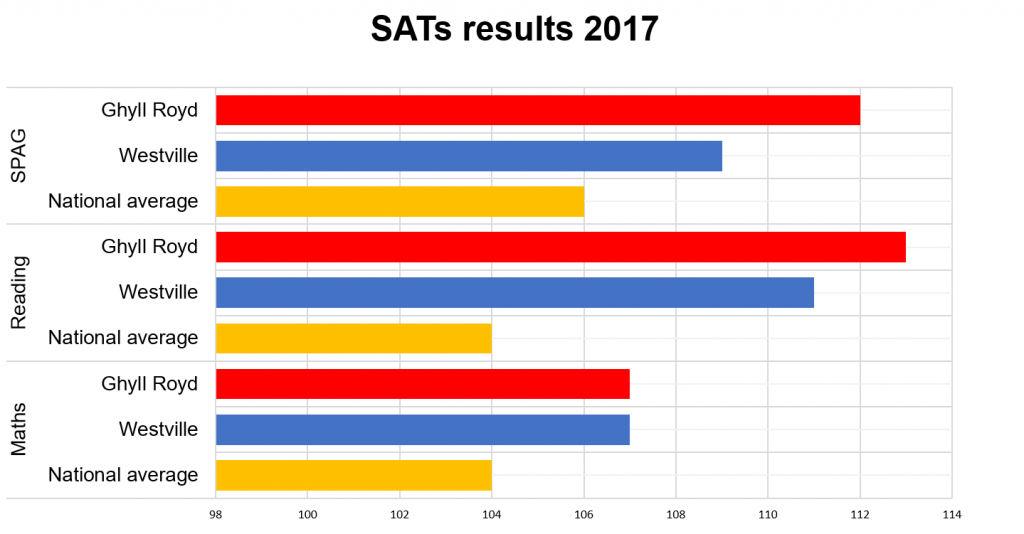 Headteacher Mr David Martin said: “I couldn’t be prouder of our fantastic Form 6 class who have shown immense determination and ability in the lead up to their May exams. This wonderful achievement should be well celebrated by the children who are more than prepared for their transition to their Secondary Schools of choice in September.”