The annual Ghyll Royd School Sports Day took place on Friday 26th May and had all years competing in the various races, competitions and events over the course of the day.

With water bottles filled and sun cream applied the children were ready to compete in the gorgeous sunshine on the Sports Fields at Greystone Manor.

Parents and family members joined the event in the afternoon, ready to cheer on and support the children.

In the morning, Key Stage Two pupils competed in a variety of athletic sports. First up was the High Jump.

Each child in the squad ran up to the high bar before leaping over the top, with the winner being whoever jumped the highest without knocking the bar off its post. 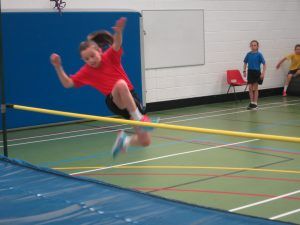 In third place was Archie in Form 4 for House Drake, in second place was Ava in Form 5 for House Rodney, and in first place was Form 5’s Verity who won the most amount of points for her House, Nelson.

After morning break Key Stage Two continued their events with Shot Put and the Long Jump. With some great technique on show, the children threw their shot puts with all their strength to try and go the furthest distance.

In the boys’ Shot Put Sonny in Form 3 came 3rd for House Nelson, Emaan in Form 5 came 2nd for House Rodney and Alexander in Form 5 threw over 12 metres to come in 1st place for House Drake!

For the girls’ Shot Put there were two runners up for Drake, Heidi in Form 4 in 3rd place, and Isla in Form 3 in 2nd place. Katie in Form 5 came out on top winning 1st place for Rodney!

Over by the Long Jump track, pupils hopped, skipped and jumped into the sandpit to try and get the furthest. With both sports, each pupil had three attempts and could use their best attempt as their final score. 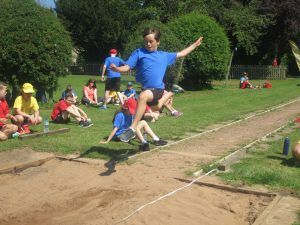 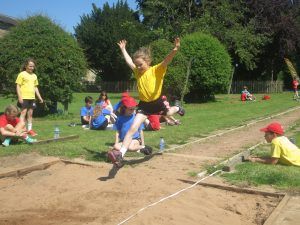 There was a colourful top of the table in the girls’ Long Jump with Phoebe R in Form 4 placing 3rd for Nelson, Bea in Form 5 placing 2nd for Drake, and Madeline in Form 6 jumping the furthest to win top spot for Rodney! 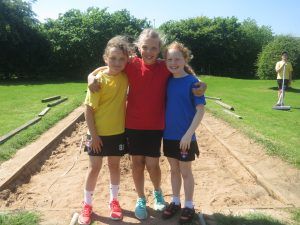 After a mixture of House wins from the morning, it was going to be a very close call in the afternoon!

Parents turned out in their numbers to cheer on the children from the side of the track and watched a number of races and events.

Particularly memorable highlights from the day included the close-call photo finish between Oliver and Archie in Form 4 during the 600m race, some great teamwork shown as Verity helped Evie along the track, the Early Years races and of course, the Mums and Dads races where Mr Ayaz sped ahead of the pack despite his injury!

At the end of a very exciting afternoon, Mr Martin was ready to announce the winners.

After conferring with Mrs Downs and Mrs Beanlands on the judging panel and being handed the final results, Mr Martin revealed that House Rodney were the winners, beating House Drake by just one point!

The Red Rodneys were cheered on by the entire school and made their way up to collect their trophy.

House Captain Rohaan in Form 6 collected the trophy and was asked to wrap up the event, to which he responded:

‘Thank you and goodnight!’

The children showed great sportsmanship and respect towards each other, and represented Ghyll Royd beautifully. Thank you to all pupils for putting in so much effort and for making the day so enjoyable. Thank you also to Mr Nicholson who arranged and organised the entire day. Thank you to parents for attending and cheering on our pupils!

There is a full album of photos from the 2017 Sports Day available to view on our Facebook page.