Two Form 5 pupils have been selected to play for the Bradford and Calderdale Under 10s Cricket team! Charlie and Nicholas have been chosen to represent the team in a series of fixtures which will take place over the summer.

Over 100 clubs were given the opportunity to be part of the selection and trials process with the most talented cricketers chosen for the team. Only 11 boys so far have been selected, including Charlie and Nicholas from Burley in Wharfedale Cricket Club.

This is a fantastic opportunity for the two Ghyll Royd pupils and a wonderful achievement for this up-and-coming cricketing duo.

The Bradford and Calderdale Cricket team will take part in six fixtures where the boys will be given a chance to showcase their skills against talented teams across the District.

From here there will be opportunity for Charlie and Nicholas to break into the Yorkshire Under 10s squad. 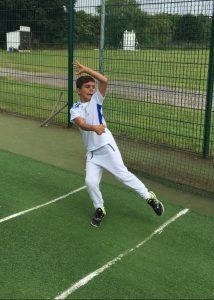 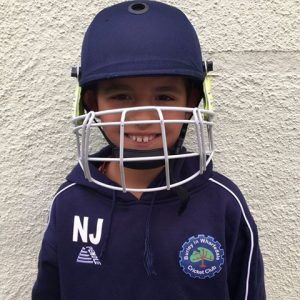 Mr Martin said: “This is great news for Charlie and Nicholas who are extremely talented cricketers and all-round sports superstars. Their passion and commitment to the sport shows during weekly PE lessons and Cricket sessions with Dave Cooper.”

A massive well done to Charlie and Nicholas. Their first match of the season is on Sunday 7th May at Studley Royal Cricket Club. Best of luck!