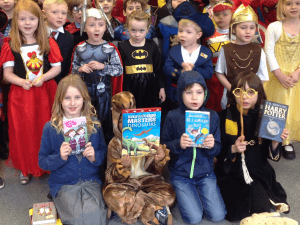 Children of all ages dressed up to celebrate their favourite fictional characters from Alice in Wonderland, to Harry Potter to Mr Bump!

Even the teachers got involved with Mr Martin, Mrs Downes, Miss Brown and Miss King wearing their pyjamas (no, they hadn’t forgot to get dressed this morning, they were bedtime story tellers)!

There was an animal theme for some as Mrs Beeson of Form 3 and Mrs Johnson from the Great Explorers dressed as Fantastic Mr Fox, and the Cat in the Hat. Miss Coultas and Mrs Watson looked brilliant as Winnie the Pooh and Eeyore.

The teachers put together a whole host of book-related activities to get the children engaged with literacy and the wonders of writing.

Little Adventurers brought in books from home to read and all looked fabulous dressed as their favourite characters. We had Snow White, Spiderman, Fireman Sam and a Dinosaur visit! Wow!

The Great Explorers looked fantastic in their bright, exciting costumes. They each took it in turns to show the other children who they had dressed up as, and explained which book their character was from.

They also read the Mr Bump book and The Tiger Who Came to Tea.

Forms 1 and 2 have been busy working as book reviewers, writing reviews to their favourite stories. They also stepped into the world of Harry Potter, drawing self-portraits of what they would look like as Wizards and even found out what their characters would be called.

Miss Brown and Mrs Downes also read their favourite books to the class.

Mrs Beeson and Mr Laycock organised fast-paced games for Forms 3 and 4 in which they had to sort books into categories, guess which storybook character they were from a card placed on their head, and draw out a book through a game of pictionary – all to a set time.

The pressure was on, but the children had great fun guessing and working logically to find the right answers.

Forms 5 and 6 celebrated World Book Day by becoming storytellers. They had to create a story in exactly 100 words. The stories had to make sense, have a beginning, middle and end, and they needed to be exciting and interesting as the stories were then read out to the rest of the class.

They then had a time challenge of 3 minutes to write down as many fictional storybooks titles as they could.

Take a look at all the fabulous costumes below: 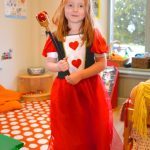 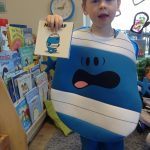 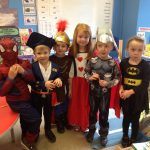 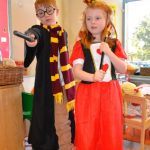 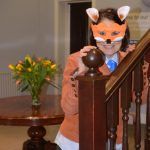 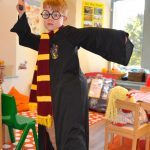