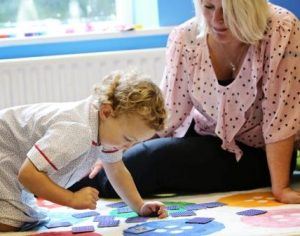 With many schools in the Wharfe Valley having already increased their published admission numbers in recent years to meet the demand on school places, there is now a consultation underway to increase them in another Ilkley School.

With the forecasted number of children entering the school system by 2018 a staggering 700,000 and with a record number of teachers leaving the state sector, there are many challenges ahead for education in England.  Increased workloads and curriculum changes are increasing the pressures on teachers resulting in many choosing to leave.  Figures from the Department for Education confirm that 2015 saw a record 50,000 qualified teachers leaving the state sector, which equated to almost one in 10 of all teachers – the highest rate for 10 years and an increase of more than 25% over five years. It is therefore becoming increasingly difficult to recruit and fill vacancies in a number of schools.

We have already witnessed the impact of increased demand on school places as Reception classes in many Wharfedale high performing schools are increasing with children as young as 4 entering classes of 30 with stretched resources. Undoubtedly if this trend continues we are likely to see a crisis in education as children’s learning and development is impacted.

Perhaps coincidentally or as a consequence of, the number of pupils in private education is rising at its fastest rate since the financial crash as reported by The Association of Teachers and Lecturers.

Certainly the financial crisis caused many parents to reevaluate their financial position and in many cases children who may have previously been heading for independent schooling no longer had that option. In turn this meant a squeeze on independent schools with numbers remaining static and in some cases falling.

However, with the recent Brexit vote, economic uncertainty and increasing class sizes in state schools, parents are becoming increasingly concerned about the future prospects for their children and many are investing in independent primary school education to give their child the best possible start, something that Ghyll Royd School is experiencing first hand.

It is therefore perhaps no surprise that a leading independent school in the Wharfe Valley, Ghyll Royd has seen an increase in pupil numbers. Ghyll Royd has also increased the staff within its Early Years’ team and is reinvesting in the schools development.

The school has invested in its outdoor provision with the development of an adventure playground, tree house and a purpose built outdoor classroom. The Early Years Classrooms have also been refurbished, resulting in a sharp rise in the number of children within the nursery and Pre-School. This academic year Ghyll Royd has welcomed three new members of staff from Westville House School and Harrogate Ladies College to its expanding Early Years’ team.

David Martin Headteacher at Ghyll Royd commented, ‘We have always prided ourselves on the exceptional teaching staff that we have at Ghyll Royd and I am delighted to strengthen our team with outstanding teachers from the local area. As the Department of Education figures highlight, recruiting and retaining exceptional teaching staff can be problematic. I am delighted that Mrs Hudson and Mrs Watson have joined us from Westville House School. Their experience coupled with that of Mrs Johnson who joins us from Harrogate Ladies College amounts to over 50 years of teaching experience in our Early Years Team, which our children will benefit from enormously. We are seeing the impact of increasing class sizes in state schools as we are frequently contacted by parents who are concerned about class sizes as their child is about to commence school and equally those parents whose child is failing to be recognised further into their school life. The benefits of smaller classes are unquestionable allowing children to develop confidence and enjoy a more personalised learning experience, often excelling far in excess of their age related expectation. Furthermore, the Governments recent extension of free childcare from 15 to 30 hours also means that independent education in now even more accessible with parents able to access state or private nurseries through the Government funded scheme. Parents who would like to know more about the benefits of independent schooling may wish to attend one of our Information Evenings to be held in the New Year and may contact the school for further information on 01943 865575.’