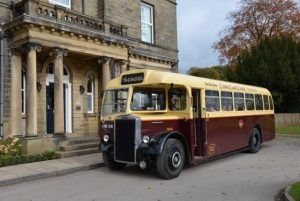 The combined musical talents of Ghyll Royd and Giggleswick School pupils were showcased in a delightful Tea Concert at Giggleswick’s Richard Whiteley Theatre.

The Theatre was transformed into a Palm Court Tea Room where the audience enjoyed a selection of musical delights to accompany their afternoon tea and cakes. An African Welcoming Song brought the two schools together in harmony, followed by a number of solos performed with confidence and enthusiasm, giving a taste of the depth and breadth of talent from both schools.

‘The Tea Concert was a wonderful afternoon in which to showcase the childrens’ talents. The harmonious welcoming song performed by both schools was an excellent opening piece to the event and set the bar for the rest of the concert. Well done to both schools for their outstanding contributions to a delightful afternoon of music.’ Mr David Martin – Head Teacher.