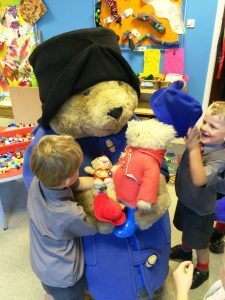 Children at Ghyll Royd Pre-School were treated to a wonderful week of Paddington Bear themed activities during their Open Week.

Mr David Martin Head Teacher at Ghyll Royd said ‘We were thrilled to have such a special visitor to our Pre-School and were delighted to welcome so many new families. Paddington Bear was a big hit with both the children and parents, with the children in peels of laughter over Paddington’s Hokey Cokey’.