Ghyll Royd School is always keen to support and raise money for local, national and international charity events and casues. Total money raised for charities so far this year is £700:88 Recent fund raisers include:

Thank you to everyone who supported the School and Pre-School Harvest Festival this year. We all enjoyed the songs and poems from the children and Father Philips Service. The children raised over £300:55 for Father Philip and St Margaret’s Church which will support the work of JJ Community Transformation School in their appeal to provide the children with 100 desks and stools to equip their new classrooms.

Many thanks to all the parents and the 72 grandparents who attended our Macmillan Coffee Morning and Grandparents’ Day, some from as far away as Spain. The grandparents’ enjoyed making Greek food, bookmarks, having interviews recorded on our iPads and enjoyed lessons in Music and Art. The morning ended with a wonderful homemade lunch of beef and potato pie followed by double chocolate pudding. Altogether we raised a massive £400.33. 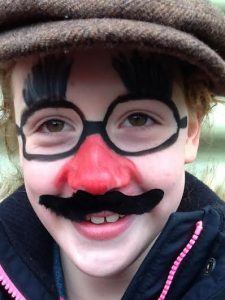 For Red Nose Day the children and staff made their faces funny for money.The children raised £331.55 on the day by selling Red Nose cakes and taking selfies.

The school invited all grandparents and parents to a coffee morning and raised £360.00.