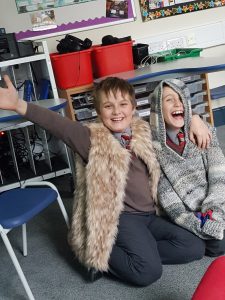 Form 5 are learning the French words for different clothes. Miss Smith played a game with them where if they were able to translate the French word into English they had to put on the matching item of clothing. Everything from scarves (écharpes), gloves (gants), socks (chaussettes) and dresses (robes) were thrown into the mix.

The results were hilarious! 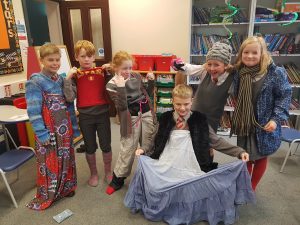