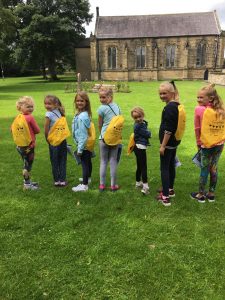 Primary school children are swapping the swimming pool for the stage this summer as they have been taking part in holiday drama workshops.

Performance Drama School, ran by Ghyll Royd Drama teacher Mrs Sue Hughes, has been running holiday workshops in both Burley in Wharfedale and Otley, along with regular classes throughout the term, to enhance local children’s confidence and acting abilities.

The children learn their lines and scenes, with top expert guidance from Performance Drama School staff, before putting on a performance for friends and family at the end of the week. This week, children, including various pupils from Ghyll Royd, have enjoyed discovering more about the Disney classic ‘Beauty & the Beast’.